I got a last minute invitation today to photograph the third and last day of PBR- Professional Bull Riding event at Madison Square Garden. Armed with my new Fujifilm XPro2 camera I hightailed it over to meet with long time friend and fellow photographer whose gig it was to shoot for Load It, an international trade magazine for productions. I hate to say this, but I think I have known photographer Todd Kaplan for very close to 3 decades. He’s a tried and true working pro- always gets the shot. Shoots with Canon. Good guy. 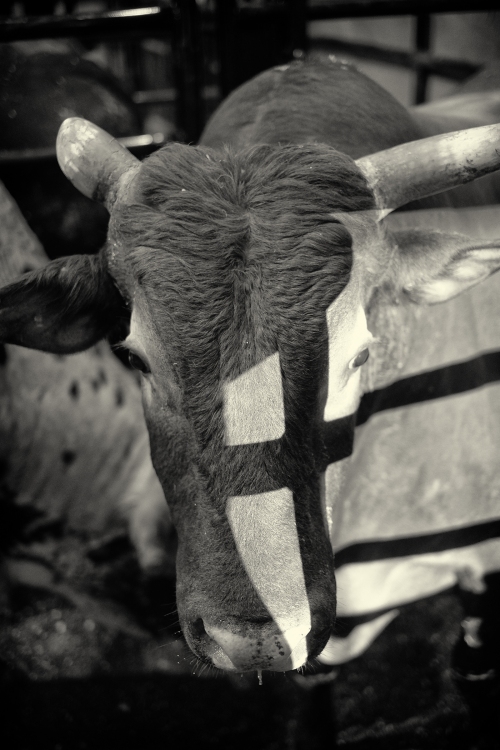 I heard we would have access, so I imagined cowboys in dressing rooms, ready to test their mettle on the backs of beasts. I grabbed the 18mm and 35 mm lenses in eager anticipation. I should have known how crummy the sodium vapor lights at the Garden are. 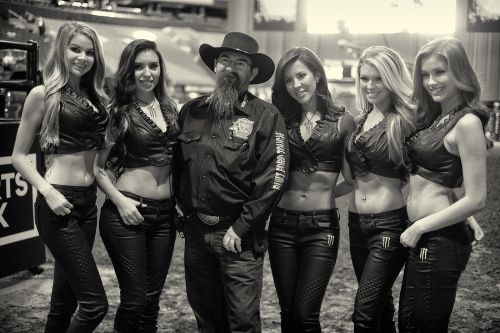 The Monster girls posing with their boss. At least he said he was their boss…

The cowboys were getting “in the zone” so no portraits of them occurred, I figured to make the most of the it and test out that new and improved AF system on the XPro2. I switched to high speed mode, AF servo and activated all focus points in with a wide AF center box. Ready to go! 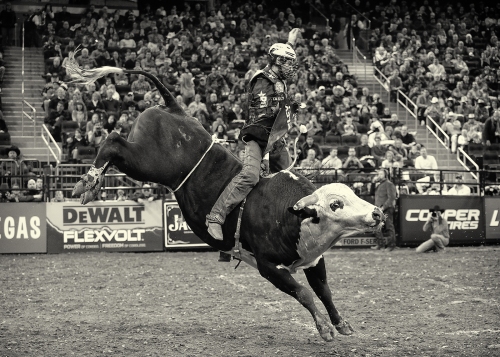 I’m usually an aperture priority kind a guy, but for this, I put the lens in A mode and set the camera to 1000 sec shutter speed. I opened up the auto ISO to a 12,500 cap. These settings worked like a charm! 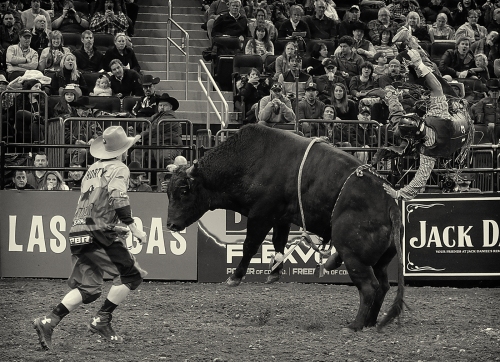 8 frames per second and 1000th of second shutter nails the shot like the photographer was born in the bull pen. He wasn’t.

I shot these in the Film Sim mode using Across Green Filter setting. I figured the green would un-harsh the crappy stadium type lighting in B&W. My quick edit had me using the good old reliable Nik Silver EFX. I used the #22 ambrotype toning. I figured a warm look matched the classic bull riding theme of the photo shoot. 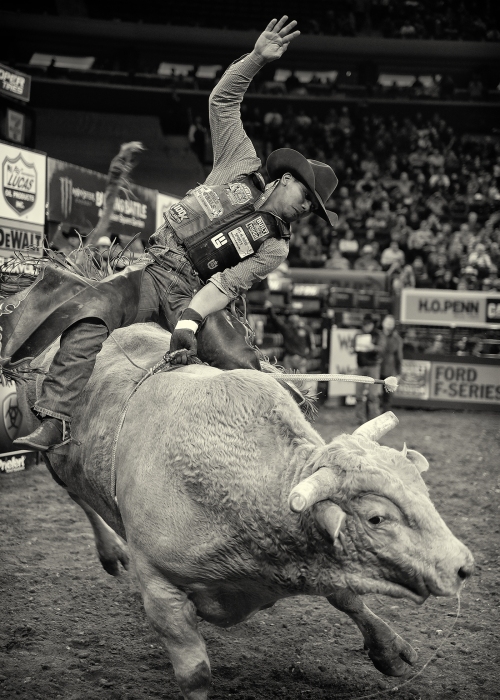 The bulls are the real stars.

Here is Todd working, it’s a tough job, someone has to do it. 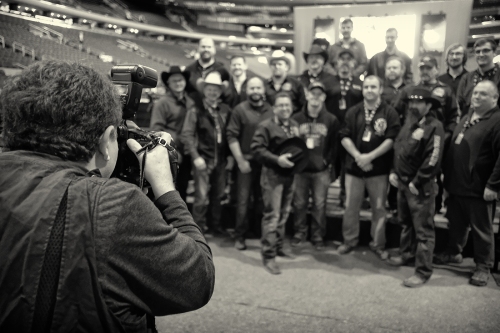 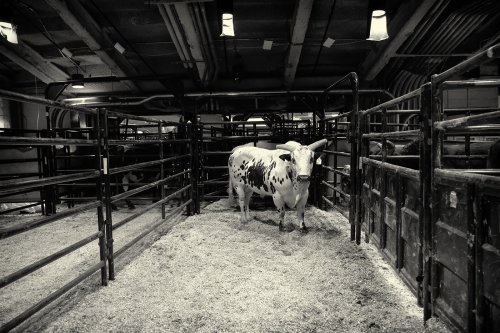 MSG back stage, things are a little weird. 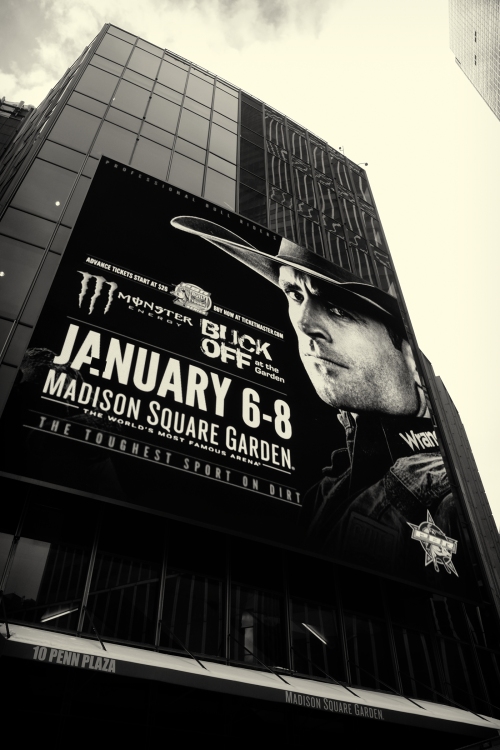 I finally found the picture I wanted, this cowboy was from Colorado, but has recently moved to Missouri. He works for 3 1/2 months, then gets to go home for a few weeks. He was cordial and really interested in the people he meets on the road. A gentleman. A gentleman cowboy. 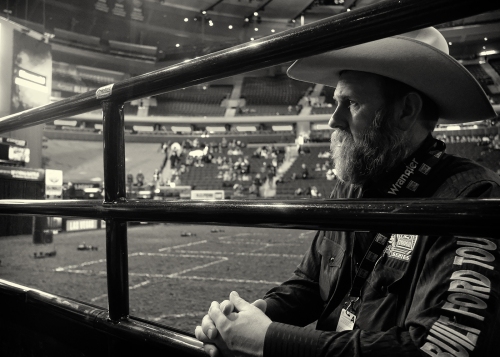 The last thing I’d like to convey, there were protesters outside of MSG. The crew I worked with Todd shooting were very professional and the cowboys taking care of the bulls were very respectful of the bulls. I saw no mistreatment and the bulls appeared to be .. well… bullish.

4 Comments to “Bull Riding in NYC”