Of Indians, Landscapes and Pooping Dogs

All things being equal, The Sky, The Moon and the Mountain.

I found myself roaring through desert canyon land over a hundred miles an hour astride a 1810 CC Indian Chief Vintage. I had companions; a lithe young photographer who specializes in portraits blazing alongside in a huge Harley Davidson, and the other just as opposite but more magnetic, a night photographer completely ecstatic as he was rolling on an Indian Scout. Oh, and there was a King with his Queen on another big Harley Davidson Road King, of course. 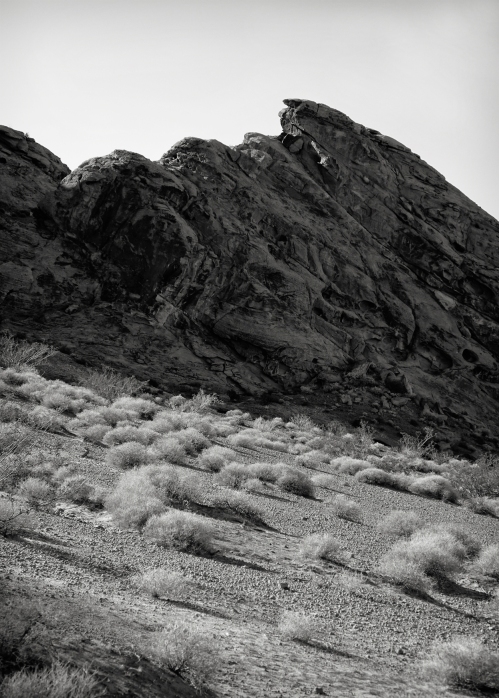 The strategic tilt is executed in the Valley of Fire. I loved the shadows from the bushes.

We cut a road that allowed sprits to pass over as we became ghosts leading each other into the Valley of Fire. In this baptism I would attempt to solve a puzzle of the landscape photograph. Not to capture a good one, but to make a great one. One that will undeniably NOT have a strong centralized subject found as a singular element, but rather as a whole would sustain the image.

Like Malcom said in Jurassic Park, “Life finds a way”.

The Indian was taking us there clad in chrome and distressed leather. I had one camera, one intention, and lots of questions. The camera was a versatile Sony RX10 that held a long range Zeiss lens that would deliver my vision, and the questions would be in my self critique. Would these images stand up to my own Occam’s razor? 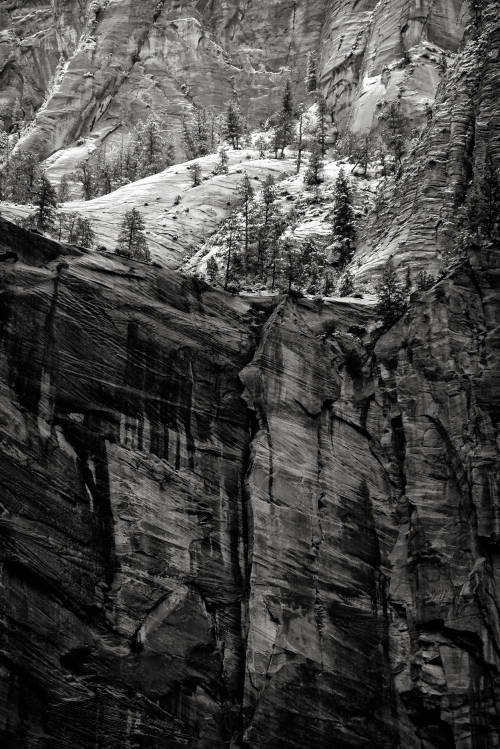 Teaching alongside Bob Krist, Michael Melford, and Ralph Lee Hopkins, this National Geographic trio spoke about the “Pooping Dog” in the image. Of course not literally (but hey it could work if not reeking of ‘lowbrowness’) but metaphorically as an element that is identifiable as the subject and plays an interesting role in the image. The pooping dog tells the story and narrates the message of the image. The pooping dog has a bark and a bite for the image to be successful. Without a pooping dog, the image is flat, lifeless and not fully accomplished.

The Valley of Fire.

In my critique classes, I frequently admonish beginners for not having the pooping dog in their images. But what happens when you are in a gorgeous landscape, the light is right, you have the time and tools but no pooping dog? Can you still make a compelling image? The challenge of landscape photography is that.

I found the answer to be what I suspected: if the aesthetic of the image is extremely strong, and the execution dynamic enough, then you can avoid an obvious and demonstrative main subject. The photograph becomes its own gestalt that moves a viewer. 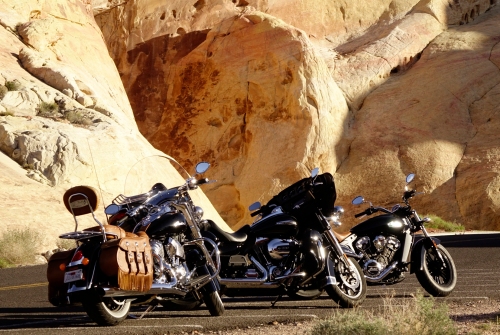 The Three Horses of the Valley of Fire.

Did the Indian take me there? Was I able to channel my inner Ansel Adams and execute a formidable American Landscape? I guess i shall have to continue on the road to see if I did.

The Road to Upper Zion