Seven Steps to Self Editing Your Work 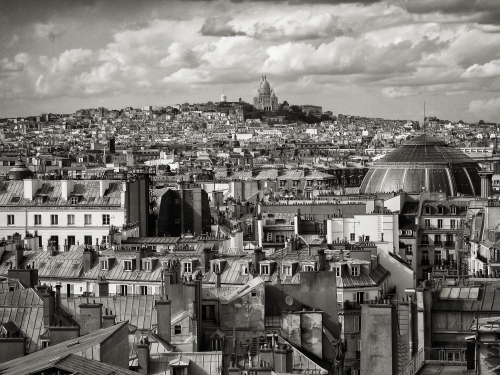 Looking up to Montmarte, Paris. Canon Power Shot A70

The most difficult aspect of Photography to master is Picture Image Editing. You can learn to shoot better, to expose properly, to capture composition, achieve perfect timing, master the light, focus on details and blur what you don’t want. You will have to ensure you are in the right place at the golden hour, always coaxing gesture from subjects and understanding the camera you hold in your hands, these are all hallmarks of a great photographer. You can learn these things by shooting a whole lot, or you can fast track an be taught in schools and workshops. However there is one skill that can’t be taught, its importance is paramount, yet is seldom discussed in the arsenal of photographic skills, that of picture editing. 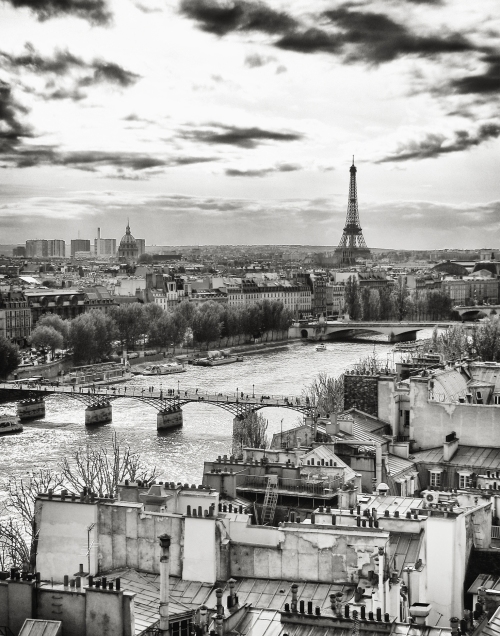 I’m not referring to post editing, as in using Light Room, DxO, or even Photoshop to crop and adjust, I’m suggesting editing in the sense of “I have these 748 pictures and which ones are the best”? Self-editing is very difficult, I see poor editing while reviewing photographers work frequently and especially among the new photographers. When you have to choose 3 images from your archive, it’s an art all itself to make the right picks.

Notre Dame. This was shot with the Canon Power Shot A70 and heavily worked in photoshop to correct perspective and monochrome convert.

The following seven elements are what I have learned to use over the years. They have served me well and this post is populated with images I found in my archive, never before published pulled up just for use here. Some go back 12 years.

One: Take a page from Ansel Adams and pre-visualize the best shot that can be made from the scene before you. Ansel worked with large format cameras and they force you to get it right with an economy of shutter snaps. Contemplate the image in front of you and take time realizing the elements that will make a solid photograph. Resist a haphazard approach like overshooting in the hopes that one image will have a correct horizon and cloud will be in the just the right place. All this creates is a clutter of files and essentially- a bigger haystack to find the best shot.

Two: Archive or develop as soon as possible. Get the images off the card or the film processed before image anarchy occurs. Cluttered memory cards, unprocessed rolls of film in drawers, make bad for editing.

Three: Soak up a good look at what you have shot. This can start a healthy review of work via the playback button the camera. Don’t be afraid to pixel peep (zooming into the image) to check for proper focus. You have a succession of very similar shots, and one or two missed the mark for focus, but the other shots are tack sharp, feel free to delete the softies right out of the camera. I have found that I can edit very well right off the camera in most circumstances. I like to use a Hoodman Hood Loupe if I decide to pack it, it’s fairly cumbersome but it’s great at isolating your point of view when using the camera LCD.

Four: However you archive, be it Adobe Lightroom or manually like me, do it the same way, set up a consistent file structure and keep two hard drives or a raid as a back up. Name the shoot, and I also will date it too. Once the images are off the card, or processed and scanned, run through them again. Pick out a few favorites. Open them up and do a little post editing.

Five: Show them off and get some opinions. Throw them up on Face Book, tweet ‘em, Instagram them (even though I hate Instagram). My rule when I put up a shot on my Facebook if it gets over 100 likes then I know I nailed it.

Six: Move on. Forget about them. Work on your next shot. When you are ready to do something with them, and need them, make sure you have them properly cataloged on your drives so they are easy to locate for when you need them.

Seven: Dive back in fresh and do what really is your third edit. Based on your internal instinct and some reactions from your network look at your edit again, and also, the un-edited archive. You might very well have missed something. Become friends with this edit, improve on them with post processing. If you need to narrow them down further, set them up in folder for your screen saver and then your monitors become a “familiarization device” to better understand which are the strongest images. I learned this trick from Jock Sturges.

Union Square Pogo dance action. I recall shooting this, then dumping into a folder and forgetting about it. When I found it again I was thrilled to post edit and have a solid NYC street shot. A gem, hidden in a seldom used hardrive.

In summary, don’t shoot so much, go for quality not quantity and ask your network what they think of the images, then sit on them for awhile and keep shooting, return to them and look at your edit and the un-edited again. My last tip is that frequently, a crop is in order. Many a good image can be overlooked but stands out with a good crop. They say it’s all in the eyes. 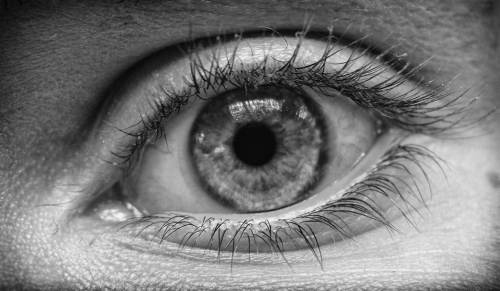 I honestly don’t know who’s eye this is. I found a folder nested deeply among other folders with about 10 different eyes. I barely recall shooting this.

Casa Toscana and the Object Project

Things, tokens, neat items, nick knacks, jewelry, ephemera, and other personal treasures or just plain stuff can make a great project with an interesting narrative. Follow your instincts on the selection of items, but make sure a strand of relativity is connecting to each object. Choose a background to photograph the subjects which can be something as simple as a colored seamless background, fabrics, a table or a wall. Use you have access too, even shooting straight down to objects laying on a soft bed of fresh cut grass might be interesting. What ever you choose as your background, make sure you use it for the whole series. Now photograph the items by utilizing a “still life genre” technique.  Feel free to be explorative by adding other elements such as flower petals, rocks, wood, toothpicks, or anything that “works” with the subjects.

In my series Casa Toscana, I began by documenting the rooms of our home in Italy. I was enthralled by the light pouring into the rooms at different times of day and got very inspired to capture the nuances of the Casa Toscana. I would photograph the larger objects that were integral to the rooms, such as the vintage refrigerator or furniture. Looking closer I began to inspect drawers and boxes and set up a still life station to photograph these “house treasures” on. 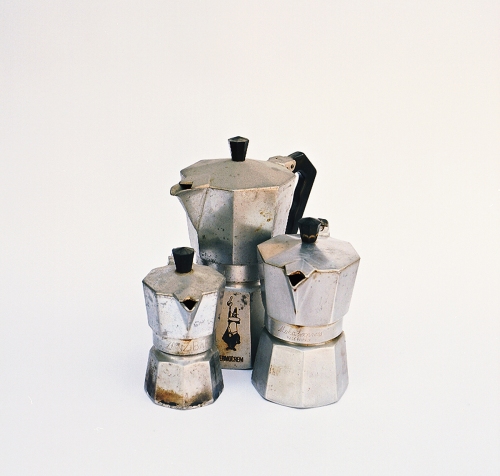 They included a vintage telephone, an old book, a toy. In contrast to the intricate environment of the home, I took these objects and placed them on white poster board and photographed them in indirect available light. I began by taping the poster board to the edge of the table top along a wall, and then taping the top of the board to an outside wall in indirect light. I easily created a “seamless” white background. The objects sit in a neutral white space that was clean and neat. Each object had an unspoken story that it was able to communicate, and also served to break up the projects direction that was a study in rooms, compositions, and light.

When I returned with this work to NYC I had the film developed and scanned. I’m not too thrilled with the scans, but I was able to create a stunning blurb book on the project. The overall idea really turned into something much more than I had planned for. I gave a copy of the book to a few members of Barbara’s family and it brought some to tears to eyes of a special few.  That’s how you know you did a good job, when you make the client cry. Please take a look at my Blurb Book Store to view the book and yes, it is available for purchase. I have a full preview of the book set up, so you can check out the whole story and all the images. The book is 111 pages! 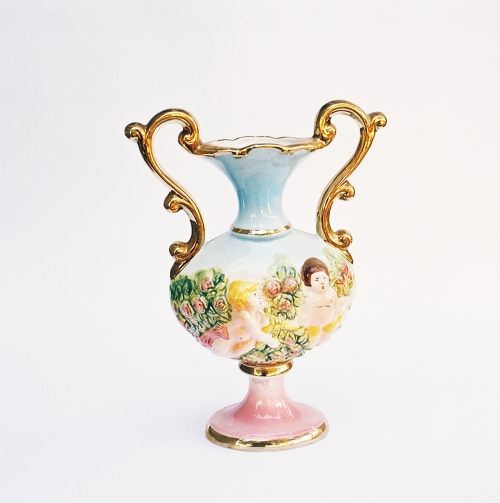 So what are you waiting for? Get out there and start shooting objects… and put it in a project.

All images shot with a Hassy and the 80mm f2.8 or the 50 f4.0. Film was Fujifilm 160NS and scanned at time of development. One note I have to make, I was never happy with the scans and I got lazy and had the lab do them. Normally I would bust out the Epson V750 and do it myself. I learned a lesson, the more you have your hands on it, the better the final result will be.