The Ultimate Light for the iPhone- Profoto C1+

September 18th Profoto released the next big thing, a flash & continuous light designed for iPhone. I was lucky to be invited along with a hand full of NYC photographers by Clifford Pickett for a hands on demonstration and photowalk around the SoHo neighborhood of NYC testing the C1+. 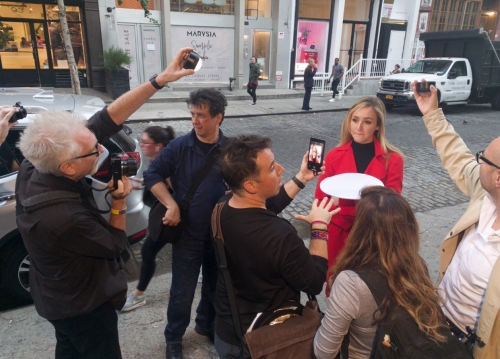 It’s a very interesting development for mobile photography and has some unique features that I really enjoyed and thought were well thought out. Like any Profoto product, it is very well made and has a great feel in the hands. Profoto is arguably the best lighting system in the world, and I truly believe that. Aside from all the gear always made in black there is a plethora of facts to support my statement. Profoto light modifiers are hands down the best light modifiers and the C1+ accepts all the mods made for the A series. They attach smartly with magnets and as expected, perform very well. The C1+ ships with a light dome to mimic solar light. You can remove the dome and the light becomes slightly more defined. There is a sturdy 1/4 socket for the light to be attached to a light stand (you’d want a swivel umbrella adaptor to make best use). Clifford tested it with an umbrella and the light was quite nice.

You can’t use the native camera app, you have to download the Profoto app to synch the light for flash photography. (edit: compatible with the huawei native camera app for the P30 series)The app is only available for IOS (iPhone 7 and up), no Android support yet (more proof the apple iPhone is better than android). You could use it in continuous mode with the native app, just not for flash. As expected, the Profoto app is very professional and lets you control exposure, white balance (color temp), zoom and adds a timer. Currently, portrait mode is not supported but the engineers are on it (I simply love portrait mode and can’t wait for that to be supported). 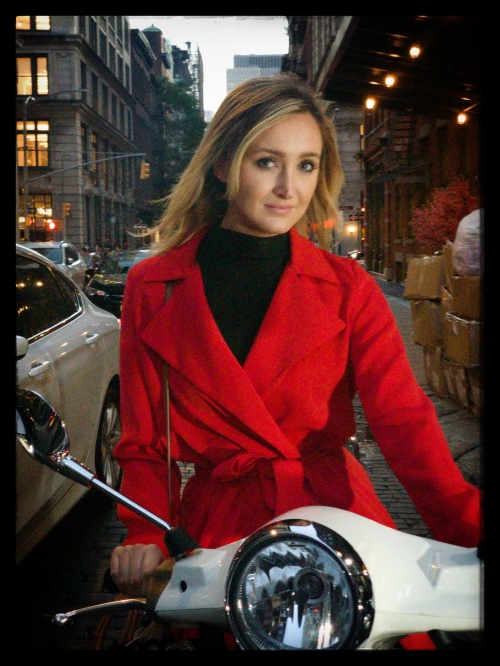 So as photographers we want control, and below is a series of portraits made of the fellow photographer Claudia Paul on the photowalk. I took a series of photos at different exposures using the “exposure slider” on the app. I posted images from screen shots of the app so you can see the exposure variance. 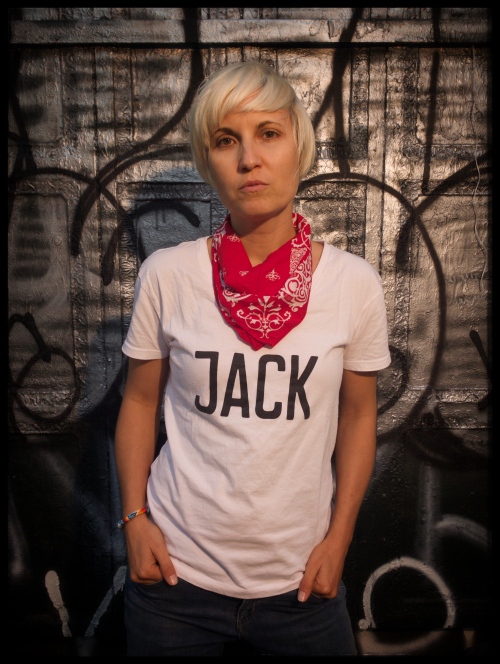 This was my favorite, and it has been slightly edited in Snap Seed.

What I really liked was the camera release – shutter release – trigger  on the flash itself, so you can hold your camera in one hand, the flash in the other and shoot very naturally. How many of us have held the camera out, triggered it only to have the camera turn off! Or worse yet, just fumble. I really can’t express how natural it is to use the flash this way, it’s a true evolution of iPhoneography!

The unit comes two ways, the C1 and C1+. C1 is $300 and does not support TTL in the Profoto system. The C1+ is $500, has better battery life and supports the Profoto air remote and can be integrated into the Profoto TTL family of flashes. This is key, any one who has a Profoto system will enjoy being able to put this light where other lights can’t go. Think behind a shelf, a couch, a small corner… the applications are endless. When I was a young photographer I recall an older photographer training me on a wedding and he produced a cheap small flash with a synch on it, and called it a “peep” flash, it was used where we couldn’t fit the big flashes and it provided just a little bit of fill flash where needed in tight areas. 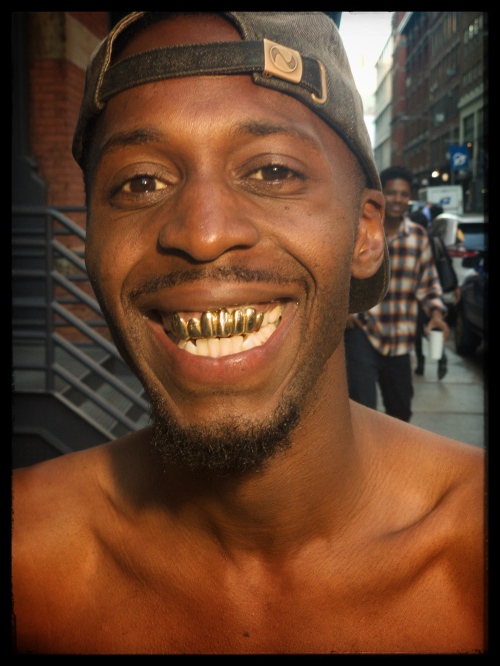 Characters on the streets of NYC! Notice the catch light in his eyes and emphasis on the gold teeth. With out a light this would be a much duller photograph.

Now it’s not really a flash as we know it, there is no manual and no high synch flash. It has limitations because it’s a manual simulation to bias to the automatic limitation of mobile photography. You can’t lock in an exposure. I did find exposure to be slightly erratic. I’m trained in zone system and chrome shooting, so I found that disconcerting, but it’s really ok, because it’s still iPhone and the spirit is wonky to start with. You can’t freeze fast moving subjects like with a traditional flash. Recycle time is about 1 second or so. 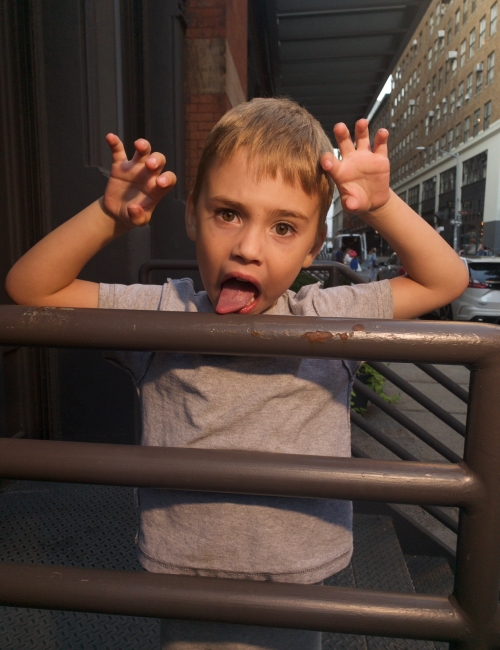 Steve Simon’s son came along, after this shot, I warned him to keep his tongue in his mouth when in NYC. #germs #cutekids #scaryphoto

Here are three images to illustrate how it helps with back lit subjects.  The image on the left is adjusted with the slider in the native iPhone app, the middle with no adjustment , and the right image with the C1+ providing fill light. 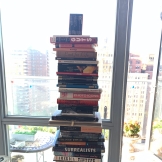 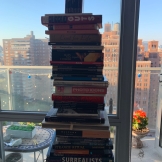 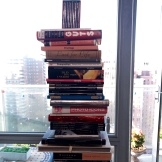 Overall I think this light is a game changer, and as the app continues development it will be clutch as a tool for the iPhone photographer to keep in their pocket. It takes some getting used to, but once you master the usage and interface, it’s a wonderful tool to enhance your iPhone work.

The truly best part of the photowalk? We got to keep the flashes! Thanks Profoto, I look forward to using this with my iPhone work in the future.