It’s the end of year and we’re still here: Images and Reflections of 2012

The 12th year of the new millennium comes to a close and like most of us in the western world, I find my thoughts drawn to what happened, what I accomplished, created, did right, did wrong, and learned. Retrospect is trending it would seem, and it is demanded by the calendar.

These ruminations are dominated by two biggies in 2012; shooting with my Fujifilm XPro1 and starting this blog. My role at B&H Photo running the Event Space is a massive creative block of my time and I pride myself on what I can create on my off hours. I’m not alone in the assumption that a simple camera stimulated my creativity in such a profound way, Gabriel Biderman also credits the XPro1 as major new work instigator for this year. I now can state with absolute certainty that a piece of gear can inspire you to take great photographs. Learning the Ins and outs of a lens and camera forces you to milk a good photograph out of the kit, utilizing the new technology expands your horizons, and hey you know what? A few good photographs come out of it. Can I get a Camera Hallelujah!

I made a selection of images for this blog in no particular order using Adobe Bridge to look back in the image folders of 2012. These aren’t the best nor represent 2012 as a statement of the year. They are just what I choose as I looked back, they are simply images that hadn’t been blogged over the year. New stuff? Yea. 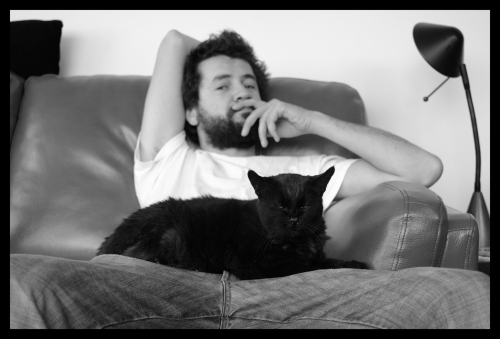 Those images are presented in varying post editing techniques. I wouldn’t recommend mixing and matching like this, it dilutes the style of the photographer. But I do have to say, this year I really fell in love with Nik Silver Efex pro.

Listing of what got accomplished

What’s it gonna be for 2013? I have two goals. To start with, create a one week long seminar teaching photographic style development. Second, loose some weight. I need to bulk down from a large format body to a 35 mm format. We can see about APS-C size in 2014.

Happy New Year to all!